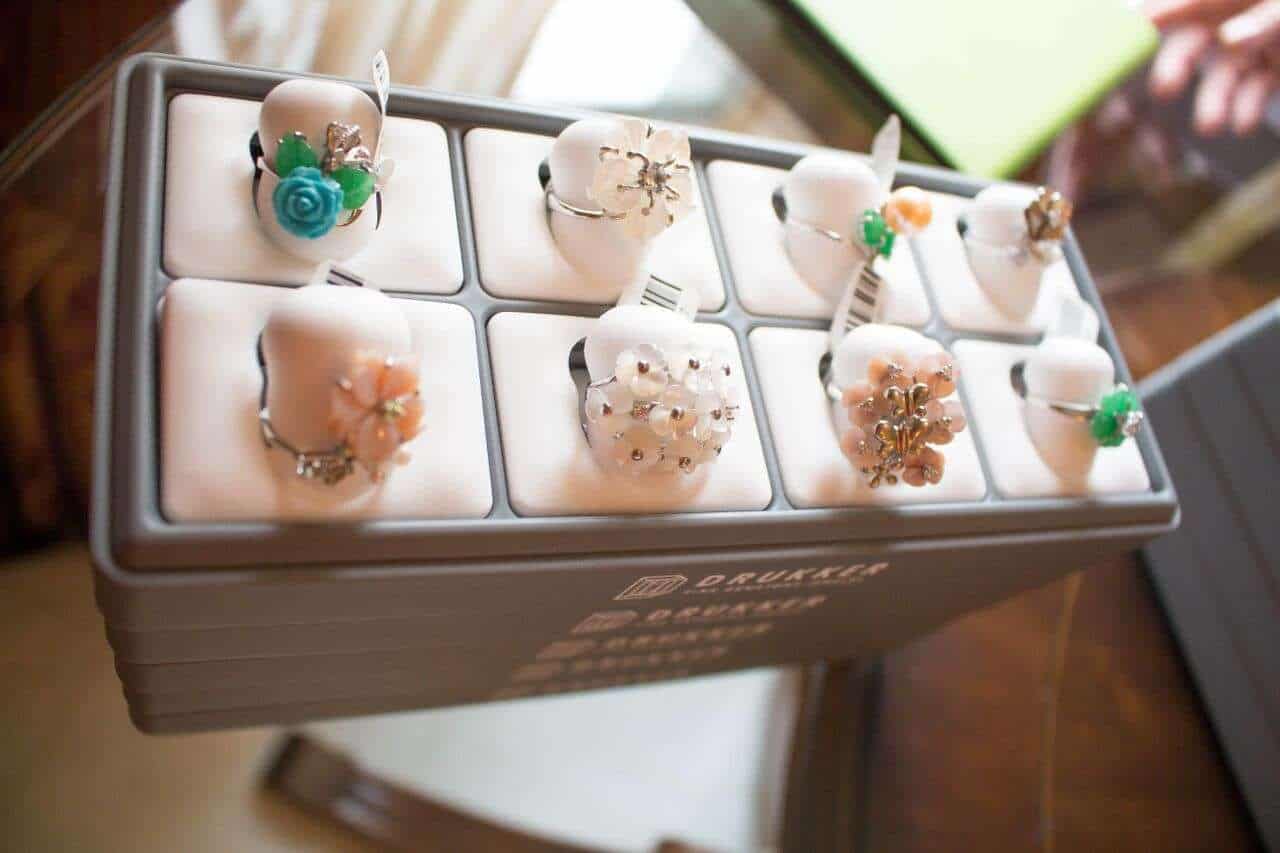 It all started in the firehouse garage of the Drukker family of Drukker Designs, a fine gemstone jewelry line originally from Moscow. Elena Drukker, the designer of Drukker Designs, and her firefighter husband were innovators in the manufacturing of cubic zirconia and lab-grown garnets, a material not previously used for jewelry. To this day, Drukker is known in Moscow as one of the leading fine jewelry collections that develops brilliantly colored gemstones with this process. After making their trend-setting designs Elena admits they became so popular “we were challenged to keep up with demand.” After much success in Moscow, Elena decided she wanted to take her family grown business to the next level and join a new market, America.

Elena admits that one of the biggest differences she had to accommodate to when bringing her collection to American market was fashion shows. Fashion shows in Moscow are open to the public, therefore wholesalers, buyers, retailers and the public can all attend one show. However, in America there are shows specifically designated for wholesalers and retailers that are closed to the public. She says this, along with the vast number of other competitors in the market offering a variety of fine jewelry, have been the main challenges she has faced in entering the American market. However, she embraces challenges and looks forward to success and expansion.

When asked what advice she would give herself as a young entrepreneur, Elena said to “trust yourself and know that what you’re doing is right for you.” This is resounding advice all young designers can apply. It is easy to get caught up in the next big thing and trying to stay with the trend. It is more important to stay true to yourself and do what you love. The success will come later.

On Wednesday June 17th, 2015 the Drukker brand launch debuted the collection, Elena. This collection has pieces from the previous collection and some original pieces. The colors in this collection were inspired by the bold and adventurous taste in fine jewelry of her customers, according to the designer, Elena. She adds that she wants people to see the colors and be inspired by the feelings the color gives them.

It was shown in the Willard Hotel in NW D.C. Being quite close to the White House, the area is scenic and touristy, however inside of the event was close and personal. Elaine, the Drukker marketing specialist, says she wanted the event to have a very personal feel so attendees could try on the jewelry, have a chance to talk with Elena and feel like they know Drukker. The wine, cheese and melodious Adele playing in the background definitely made the atmosphere calm and intimate. Elaine, a former Fashion Fights Poverty board member and production director, now assist Drukker in their marketing campaigns and enjoys the detailed part of the process in seeing the company develop. She says she loves that Drukker is a “great tie between flashy jewelry and elegance.” Elaine adds, in the future she can see great success for Drukker and praises the line for its depth of inventory. “When they say you can find a piece of jewelry for any occasion, they really mean it. And at a really great price point.”

I look forward to the growth and success for Drukker and I appreciate both Elena and Elaine for allowing me to interview them. You can buy any of the beautiful Drukker Designs gemstones directly from their website at http://www.drukker.com.